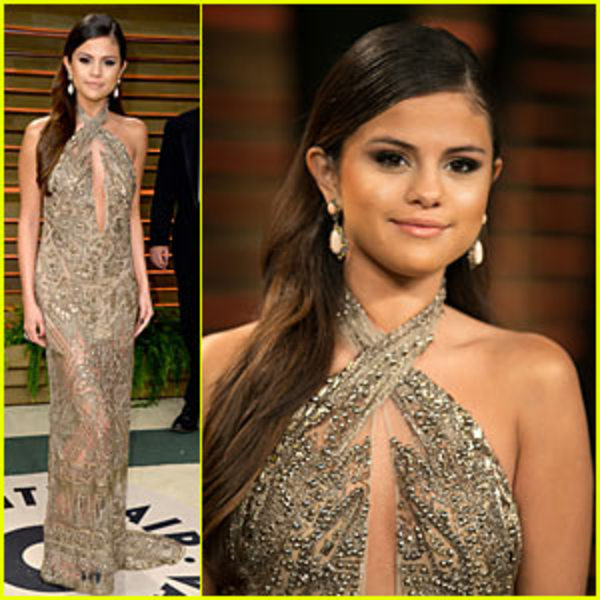 Selena Gomez goes for the gold at the 2014 Vanity Fair Oscar Party hosted by Graydon Carter held after the 2014 Oscars on Sunday night (March 2) in West Hollywood, Calif.

Selena later met up with pal Vanessa Hudgens for another after-party. @vanessahudgens my only, official party buddy for life ;) Sel captioned her photo. Check out the pic of them together on Selenas Instagram!