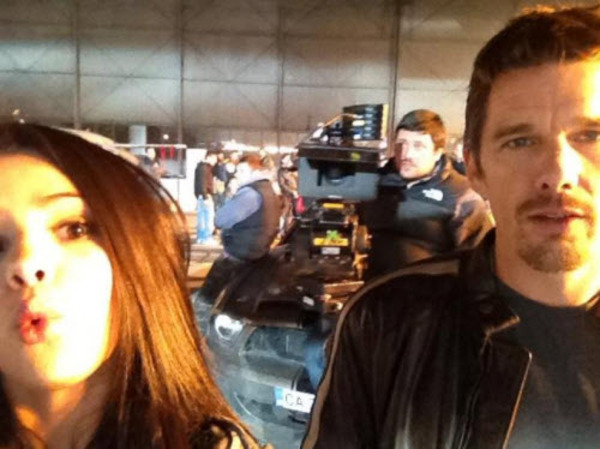 Selena wrapped a three week shoot in Sofia, Bulgaria yesterday where she was filmingThe Getaway, a remake of the 1972 film starring Steve McQueen and Ali MacGraw.

While in Sofia, Selena stayed at the Grand Hotel and hung out at the Yalta Club between night shoots that took place at various locations, including the city center and New Boyana.

It was a busy few weeks for Selena, but she did find time to post a couple pics from the set to her Facebook page. Though there has been no other mention of the shoot continuing in the U.S., a local paper in Sofia reported the movie would also be filmed Atlanta, GA, where Jon Voight will shoot his scenes.

Keep your eyes peeled for an official release date!